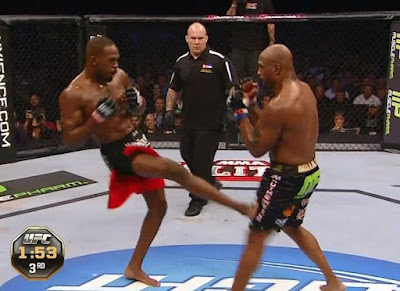 Another option from a Muay Thai perspective  is for a fighter to attack the supporting leg with their right foot: