Exclusive Rob Kaman interview (many thanks to Don Clovis). Originally posted on my former website Fightingmaster.com back in 2003. Copyright by Kostas Fantaousakis. Additional resources: Become a member of ‘’We are kickboxers’’, the only Facebook page with all the legends of kickboxing.

Kostas:  I first saw you on your tape "The very best of Kaman". I must admit that I was shocked. My first impression was that you are a very tough guy. When I learned more about you I found out that you are also a sportsman and a gentleman. What keeps a full contact fighter from being a savage beast who just wants to destroy his opponent? Is it just a matter of character or does it come from experience in the sport itself?

Rob: It is a mixture of character and intelligence. A fighter should not let his emotions run the fight. It is like playing chess! I don’t believe in just destroying!

Kostas: Some people say that there is no such thing as being "ring-proven" and that true martial artists don't compete. What is your opinion?

Rob: Being a martial artist does not necessarily mean that you have to be ring fighter. Martial arts are a way of life and a martial artist is someone who is able to defend himself if that is needed. 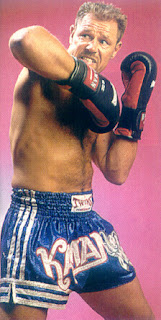 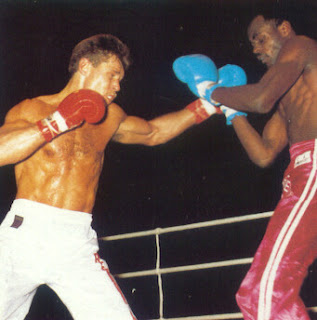 Kostas: Who was your toughest opponent ever?

Rob: There have been a few: he Thais were the toughest. Hoost was the smartest and Peter Smit was the craziest. Rick Roufous on full contact rules (ISKA). 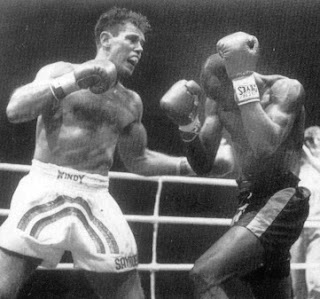 Kostas: Some people say that kickboxing events will never be as popular as western boxing events. Tell us your opinion. What needs to be done to make thai-boxing and kickboxing more popular?

Rob: In order to make kickboxing more popular we need more good fighters
so that we may have a bigger arsenal of fighters to present. This way we can offer continuity and quality. 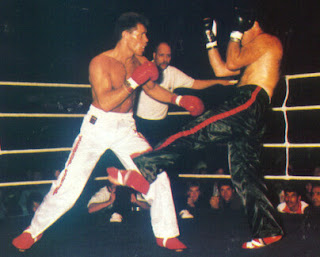 Kostas: Traditional martial artists say that thai-boxing is not really an art, that it is more a matter of who is tougher. Is it really  a matter of killer instincts and brute force?

Rob: It is so narrow-minded to say that if you have never experienced it. It’s like playing chess on a high level if it’s done right. It would be the same if I say as a soccer player that there is no technique in American football - just brute force. 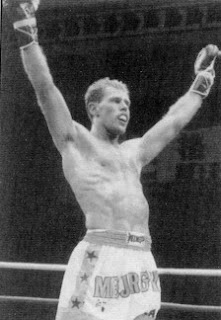 Rob: It could be or not be helpful, but it is not necessarily needed. 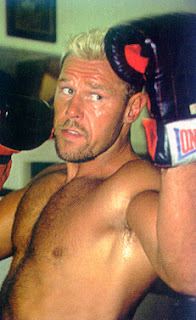 Kostas: Most Thai-boxers use 3-4 different kinds of kicks. I really like the way you use your sidekick. Do you think that Thai-boxers should use traditional style kicks more?

Rob: I never use a traditional side kick; it’s always a half push frontside kick.

Kostas: If you had the chance to start learning another martial art, which one would you choose? 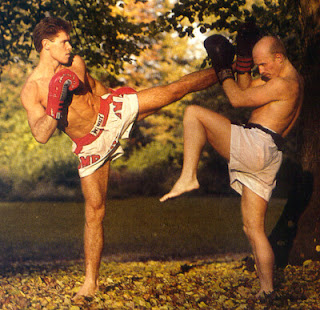 Kostas: In some of your recent movies you do not fight at all. You are just an actor. Is this your decision?

Rob: No it was not my decision; I think they wanted to see another side of me as a beginning actor. 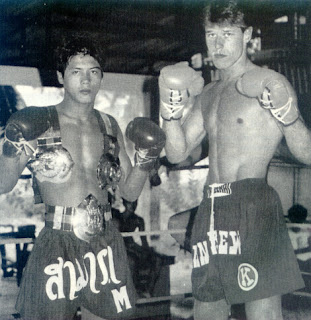 Kostas: Tell us about Jean-Claude Van Damme. How did you first meet him? Is he a friend of yours?

Rob: My former manager, Don Clovis presented me to Jean Claude Van Damme in Paris after one of my fights and he gave me the opportunity to play in one of his movies and I thank him for that. We became close and I consider him to be my friend. We have both come a long way, he as an actor and me as a fighter. There was a mutual respect for what we achieved and did for the sport! 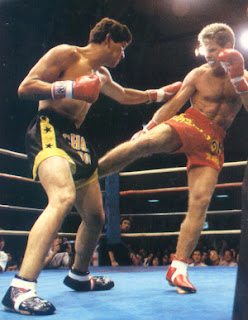 Kostas: I can only compare your career to that of Benny Urquidez. I think that you know him personally. Tell us about him. Most of us would love to see both of you in a movie.

Rob: Benny is a great fighter and martial artist. I met him a couple of times; he is a very humble and nice person. It would be nice to do a movie together. 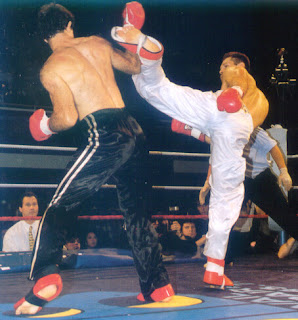 Kostas: In a few words, tell us your secret of success in full contact sports...

Rob: It started out of insecurity and fear and became passion for the sport. It requires a lot of discipline, intelligence, timing and at the right moment… killer instinct! 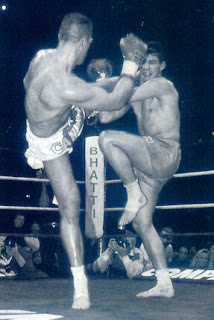 Kostas: Tell us about your future plans.

Rob: I have developed a mental and physical conditioning program and
plan to pursue acting but you will hear soon more about me ! ! !


Photo Gallery
Photos provided by Rob's greatest fan, Dirk Stal. I claim no rights to these photos. Images owned by other copyright holders and are used here under the guidelines of the Fair Use provisions of United States Copyright Law.  These images are used here only for the informational purposes and are not intended to generate income for myself or anybody else. If you are the copyright owner of a photo and you want me to remove it or give you credit please e-mail me. 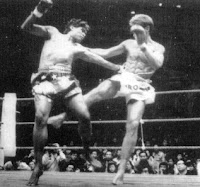 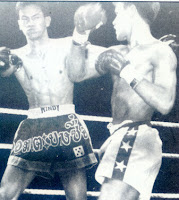 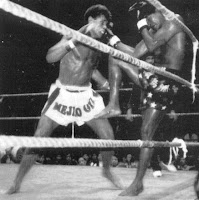 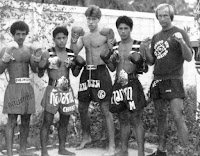 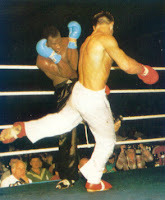 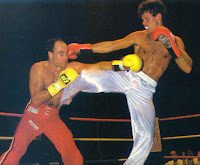 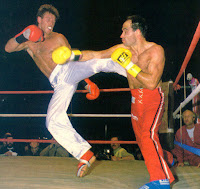 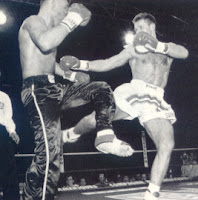 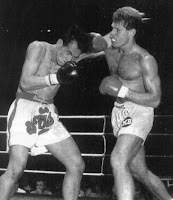 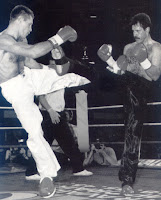 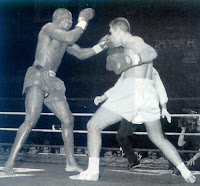 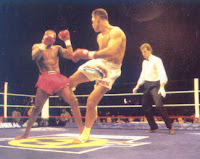 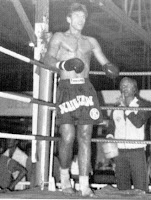 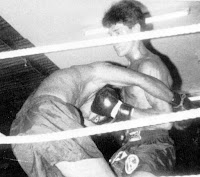 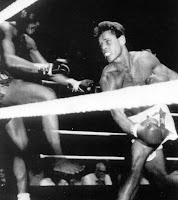 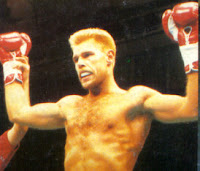 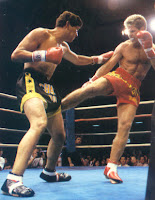 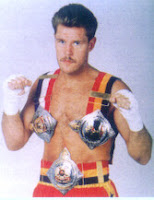 Kostas Fantaousakis (born on May 04, 1970 in Chania, Greece) is a certified MMA instructor (Greek Ministry of Sports) and a Brazilian Jiu-Jitsu black belt under 5th deegre black belt Wander Braga.
Kostas is a martial arts practitioner for more than 30 years and a passionate researcher of boxing and martial arts history. Besides training in MMA and BJJ Kostas has devoted his life in implementing a Jeet Kune Do concepts framework in Brazilian Jiu Jitsu, MMA and everyday life. His recent projects include applying Mayweather style mittwork in Muay Thai and MMA and utilizing kettlebell routines in MMA fighting preparation. Website: www.bragagreece.com
Between Jun 27, 2017 and May 4, 2020, Kostas Fantaousakis joined the creative team of Bloodyelbow.com as a blogger/technique analyst.

This website reflects his personal views on martial arts related topics including but not limited to MMA, BJJ, Muay Thai wrestling and philosophy.

Please share on social media to spread the love.